U. of Maryland Library Gangnam Style

Pretty hip place if you asked me...

Poe/try Celebration by the StandUp Librarian

Here's your Friday laugh from the Bob Staake Gallery.

Giant Crumpled Paper Drops From The Sky, Lands On Hill In New Zealand

You are standing in a park in New Zealand. You look up at the top of a hill, and there, balanced on the ground, looking like it might catch a breeze and blow away, is a gigantic, rumpled piece of paper.

A slide show via Ellen DeGeneres: Looky looky at this booky!.

A number of surprising titles including a book that I was very proud to work on while at Kane/Miller Book Publishers during the '90's; "The Gas We Pass, the Story of Farts" by Shinto Cho (my boss Sandy Miller did the research, I just proofread it).

Couple Has Saucy Spat Over 50 Shades of Gray

Daily Mail UK reports on a not quite lethal assault with HP Brown Sauce.

Raymond Hodgson, 31, was charged with common assault after being appalled to discover that his partner of five years, Emma McCormick, had been reading the racy book.

Carlisle Magistrates’ Court heard how their tiff over the book escalated to the point where Hodgson, from Carlisle, Cumbria, decided take to his own saucy revenge.

Submitted by birdie on May 17, 2012 - 9:53am
LINCOLN, VT — Dancing gorillas, chattering teeth, jumping owls, rolling hamburgers, a climbing panda and a Mickey Mouse that strolls. What do they all have in common? They’re wind-up toys — a cultural relic of childhoods past. In an era where digital games, like Angry Birds and Diner Dash, dominate the minds of many children, the Lincoln Library is paying homage to the centuries-old wind-up toy. For the months of May and June, more than 200 miniature, wind-up toys are on display in the Lincoln library, some of which date back to the early 1900s. At the library last Thursday afternoon, librarian Debi Gray and assistant Marcia Jimmo were in high spirits as they wound and clicked their way through a half hour, watching the clockwork motor toys dance around. The large collection of wind-up toys actually belongs to Jimmo’s grandson, but Jimmo and her husband, Roger, have kept them safe for years. Now that their grandson is a teenager, he doesn’t have any use for the toys, said Jimmo. So, she decided to take the collection out of its resting place in an old box and bring the little automatons back to life under the lights of the town library.
Topic:
Public Libraries
Friday Time Killers

A six-member team from Hargrove Engineers + Constructors lost out to a group of Birmingham librarians during a charitable trivia contest held statewide at lunchtime today.

Mobile's Hargrove was the 2012 winner of the Mobile's Brightest Company Charitable Trivia Competition, winning $10,000 for Penelope House, a shelter for battered women and their children in Mobile.

Today, though, the trivia questions seemingly proved too tough, and the workers came in second in the state finals of the contest sponsored by Protective Life Corporation and Impact Alabama. "Most of them today were terrible," said Jerry Betts, a Hargrove trivia team member who works in quality assurance.

Here's one question not a single team answered correctly during today's contest: "In the first season of HBO's "The Wire," what westside Baltimore drug kingpin is the primary target of police?"

Do you know the answer?

Submitted by birdie on April 6, 2012 - 10:52am
Happy Easter, Passover, Springtime to my librarian friends. Don't overdo the Peeps or the mandelbrot.
Topic:
Friday Time Killers

But in a new acting cameo in hit Disney show Shake It Up, the 38-year-old is unrecognisable as geeky librarian Ms Burke.

With her hair held together with pencils, oversized glasses, ill-advised eye shadow all over her lids and eyebrows, Tyra looks a far cry from her usual self. 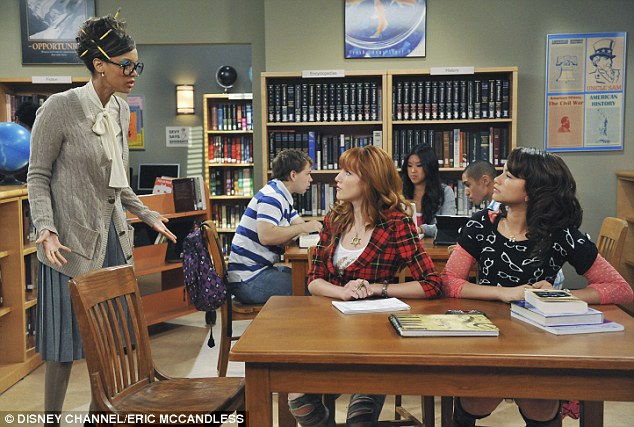 A Google A Day

Librarian Bill Drew just reported on receiving an email from Google about a new feature they wanted him to try out called A Google a Day. Here's the gist of it:

What is a Google a Day?
A Google a Day is a daily trivia question where searching isn't just allowed, it's encouraged. Through daily questions on a diverse array of topics, we delight the curious with exciting new facts. Questions are featured daily on www.agoogleaday.com and above the New York Times crossword puzzle.

Why is it cool?
A Google a Day is a great new way to discover fascinating information about the world around all while learning how to use the wealth of the web to satisfy one's curiosity. Moreover, it's a great way for students and library patrons to build search skills that allow them to better put the power of Google's search engine to work for them in researching for assignments and discovering untapped avenues for further exploration.

Even more exciting, the Google a Day widget can be embedded right on a library's home page. With minimal effort and no programming experience required, each day the widget will automatically update so users have instant access to exciting and educational content on the landing page.

Why is it useful for libraries?

Submitted by birdie on June 24, 2011 - 1:50pm
Is your library littered with old Easter basket grass, shredded newspapers and animal bones? Good, neither is the NYU's Bobst Library, but the twelfth floor window ledge outside the library where red tailed hawks Bobby & Violet have raised their baby, Pip, is kind of a mess. 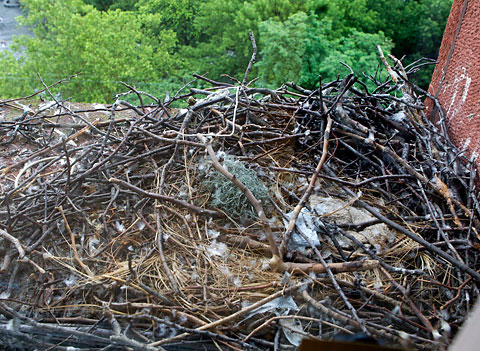 From the New York Times Hawk Cam, where city dwellers have been anxiously awaiting this proud day.

She took off from her 12th-floor ledge at Bobst Library at New York University, glided across the southeast corner of Washington Square Park and down to the roof of Joseph and Violet Pless Hall, a seven-story building at 82 Washington Square East, perhaps 200 feet away.

“She was graceful,” the Hawk Cam chatroom regular Pon Dove reported from the field. “She just jumped and she just glided, as if she were aiming for that building.”

Technologizer takes a fun look back at some ideas and inventions that were ahead of their time.

"Thanks to Google Books’ archives of Popular Science, Popular Mechanics, LIFE, and other magazines that frequently reported on futuristic gizmos, we have a readily accessible record of technology that failed to live up to the initial hype–including random notions that never got off the drawing board, startlingly advanced products that didn’t find a market, and very rough drafts of concepts that eventually became a big deal. The best of them are fascinating, even when it’s not the least bit surprising that they flopped."

Did you know the BOOK?

I clearly have too much time on my hands. It's not even Friday and here's another video about the new product called BOOK, with english subtitles, so you can watch it with the sound off....

Who knew? It's not Friday but these are fun to watch.

Organizing the bookcase -- love the soundtrack!

Shelving to the Latin Beat of Two Guitars

Submitted by birdie on January 7, 2011 - 1:14pm
Some fine bookstore cats for your Friday from Mental Floss.

The Chocolate Library is a chocolate store, not a library, and according to an arcane law, must not call itself a library.

Melville Louis Kossuth Dewey was born on December 10, 1851 to a poor family who lived in a small town in upper New York state. Keenly interested in simplified spelling, he shortened his first name to Melvil as a young adult, dropped his middle names and, for a short time, even spelled his last name as Dui.