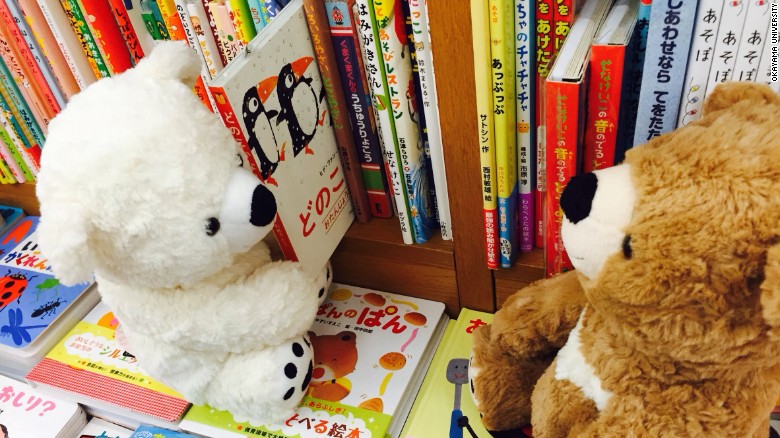 A group of teenage volunteers quickly got to work, snapping photos of the stuffed animals in the library. There were images of a teddy bear and bunny holding hands while watching a puppet show and a tiny plush alligator reading about swamps. Even the photos of the monkeys sneaking Chips Ahoy cookies from the break room made it onto the library’s Facebook page.

Most library activity is entertainment, not research, not knowledge. It’s still difficult, even with SAILS, to find good technical books. Romance novels, detective stories, sure, hundreds of those. But the tech side is weak at best.

So my question is this: would the general public support libraries if all that entertainment went away? I don’t think they would

From The value of libraries

From Information is garbage | TechCrunch

From Mediaite, news that Simon & Schuster has cancelled publication of Milo Yiannopouloss book (after creating hell for all their other authors). He has also left the extreme right-leaning Breitbart News.

Blurb about book: (First published in 1997) Dereliction Of Duty is a stunning new analysis of how and why the United States became involved in an all-out and disastrous war in Southeast Asia. Fully and convincingly researched, based on recently released transcripts and personal accounts of crucial meetings, confrontations and decisions, it is the only book that fully re-creates what happened and why. It also pinpoints the policies and decisions that got the United States into the morass and reveals who made these decisions and the motives behind them, disproving the published theories of other historians and excuses of the participants.

Dereliction Of Duty covers the story in strong narrative fashion, focusing on a fascinating cast of characters: President Lyndon Johnson, Robert McNamara, General Maxwell Taylor, McGeorge Bundy and other top aides who deliberately deceived the Joint Chiefs of Staff, the U.S. Congress and the American public.

Sure to generate controversy, Dereliction Of Duty is an explosive and authoritative new look at the controversy concerning the United States involvement in Vietnam.

Dewey and his crew of “a dozen catalogers and librarians” spent, in his estimation, “an hour daily for nearly an entire week” hashing out the rules of library hand. They started by examining hundreds of card catalogs, looking for penmanship problems and coming up with ways to solve them. They concluded that the “simpler and fewer the lines the better,” and decided that, while a slant was best avoided, a slight backward slant was acceptable. Then they got to the more nitty-gritty stuff, such as whether to opt for a “square-topped 3” or a “rounded-top 3.” (The rounded-top 3 won out, as it is less likely to be mistaken for a 5 during hasty reading.)

From Slate, why libraries are dropping late fees.

Antiquarian books worth more than £2m have been stolen by a gang who avoided a security system by abseiling into a west London warehouse.

The three thieves made off with more than 160 publications after raiding the storage facility near Heathrow in what has been labelled a Mission: Impossible-style break-in.

The gang are reported to have climbed on to the building’s roof and bored holes through the reinforced glass-fibre skylights before rappelling down 40ft of rope while avoiding motion-sensor alarms.

As fake news and complex immigration orders have inundated the public sphere, libraries are opening their doors and fact-checking skills to people of all backgrounds seeking information.

From The fight against fake news is putting librarians on the front line – and they say they’re ready – CSMonitor.com

Librarians who spoke to the NewsHour said these orders touched a nerve, especially for those who work at public libraries, which often serve a diverse population that includes new immigrants. According to the Institute of Museum and Library Sciences, 55 percent of new Americans use a library at least once a week.

“We are huge resources for newcomers to this country, whether it’s for connection to this country, legal resources, testing preparation, citizen tests, services like storytimes or homework help,” said Elizabeth McKinstry, a public librarian based in Dedham, Massachusetts, who has been vocal in rallying librarians online post-election. “We are there for the most vulnerable folks in our communities, people on the other side of the digital or language divide.”