Walt: Maybe I’m getting superstitious, but after reading through a quarter’s posts on 520 (or so) liblogs, I have a suggestion for anyone who’s been neglecting your blog for a while, but thinks you’ll do better in the future:

Chile’s President Michelle Bachelet has celebrated her 58th birthday by dancing a traditional Chilean cueca — with a library worker who plucked up the courage to ask.

Bachelet was inaugurating a library in the Santiago district of Cerrillos on Tuesday when she was surprised by a group of musicians who played a “cueca brava” — a popular version of Chile’s folkloric dance — for her birthday. While the musicians sang, a library worker asked Chile’s president to dance — and she accepted. LA Times. 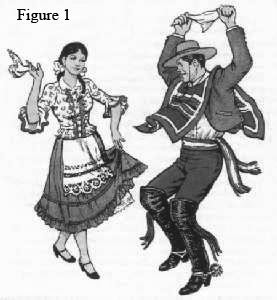 A statue of deceased Chinese Chairman Mao Zedong at the Nixon Presidential Library &Museum is the subject of a protest planned for Thursday, on the 60th anniversary of the founding of the People’s Republic of China.

The statue has been in the Hall of World Leaders since the Nixon Presidential Library opened. Kai Chen – a Chinese-American organizing the protest – is the first person to launch a complaint about it, said Sandy Quinn, assistant director of the Nixon Library &Birthplace Foundation.

“To even mention Mao with democratic leaders such as Churchill and Golda Meir in the same breath is truly an insult to human intelligence and offensive to all the freedom-loving people in the world,” said Chen, who emigrated from China in 1981 and lives in Los Angeles.

Another article from the LA Times points out that the library,
once privately run, is making a transition to government operation…”and that has turned statues of Mao Tse-tung and Chou En-lai into political footballs”.

Chloe Albanesius of the PCMag Digital Network has a story up entitled FCC: Broadband Up to 50% Slower Than Claimed. The report by Albanesius brings up the new term of “digital exclusion” which is likely the updated form of “digital divide”. One part of the report highlighted a finding by the FCC that 20% of broadband users drive 80% of network traffic.

LISTen #88 also discussed the digital exclusion matter and proposed some hypothetical solutions for public libraries and others wishing to bridge the divide.

SciTechToday.com: Google is poised to unleash a wider preview of its fledgling Google Wave, which produces collaborative “waves” of online information that are equal parts conversation and documents. On Wednesday Google will begin sending out Wave preview invitations to individuals who have signed up to provide feedback.

Wave’s preview release will be hosted on the platform’s own dedicated Web site rather than in the separate “sandbox” developers have been using since the platform’s release to developers in May, according to Google Wave Project Manager Dan Peterson.

“In addition to the developers already using Wave, we will invite groups of users from the hundreds of thousands who offered to help report bugs when they signed up,” Peterson said. “And we plan to involve about 100,000 users.”

Washington is paying attention to the newspaper crisis. The president has even weighed in. But some worry that any government help would create a conflict of interest. Senator Ben Cardin (D-MD), sponsor of The Newspaper Revitalization Act, and Jim Moroney, publisher of The Dallas Morning News discuss what role, if any, the government should play in saving newspapers.

Beyond NPR, our in-house podcast team discussed the issue in the second half of the episode A LISTen Special: Kiwi Surprise With A Side Of Buckeye Candy.

Having ramped up her metabolism from magazines to online journalism with The Daily Beast, Tina Brown now wants to speed up book publishing.

In a joint venture with Perseus Books Group, The Daily Beast is forming a new imprint, Beast Books, that will focus on publishing timely titles by Daily Beast writers — first as e-books, and then as paperbacks on a much shorter schedule than traditional books.

On a typical publishing schedule, a writer may take a year or more to deliver a manuscript, after which the publisher takes another nine months to a year to put finished books in stores. At Beast Books, writers would be expected to spend one to three months writing a book, and the publisher would take another month to produce an e-book edition.

The campus was awarded a National Leadership Grant of $615,175 from the Institute of Museum and Library Services (IMLS)–the primary source of federal funds for the nation’s museums and libraries, one of fifty-one such grants awarded this year.

The grant will enable the UCSC Library to digitize materials from its Grateful Dead Archive and make them available in a unique and cutting-edge web site titled, “The Virtual Terrapin Station.” Report from UCSC.

The problem is that traditional online library catalogs don’t tend to order search results by ranked relevance, and they can befuddle users with clunky interfaces. Bauer, a graduate student specializing in early American history, once had such a hard time finding materials that she titled a bibliography “Meager Fruits of an Ongoing Fight With Virgo.”

Hyperlinked History is back with a new episode in the continuing online documentary series!

Join Daniel Messer, The Faceless Historian, and go on a journey from the depths of space right into your own computer. Along the way you’ll play a game, read a mystery, and get a little bit mystical. It’s a circus of history and you’re invited!

Check out the latest episode.

Update: I just confirmed that the video issue on iPods is fixed, so you can now sync the video to your iPod, iPod Touch, Nano, or whatever else works through iTunes. If you’d like to go that route, feel free!