From the New York Times (scroll about halfway down to Found in the Margins):

In the last few months, foundations have given out hundreds of thousands of dollars to support research on the scribbles in the margins of old books.

Johns Hopkins University, Princeton and University College London have received funding from the Andrew W. Mellon Foundation to partner on a database, “The Archaeology of Reading in Early Modern Europe.” It will focus on 16th-century marginalia from the writers Gabriel Harvey, Isaac Casaubon and John Dee. Earle Havens, a library curator and professor at Johns Hopkins, said in an interview that the three “could not open a book without a pen in their hand.” 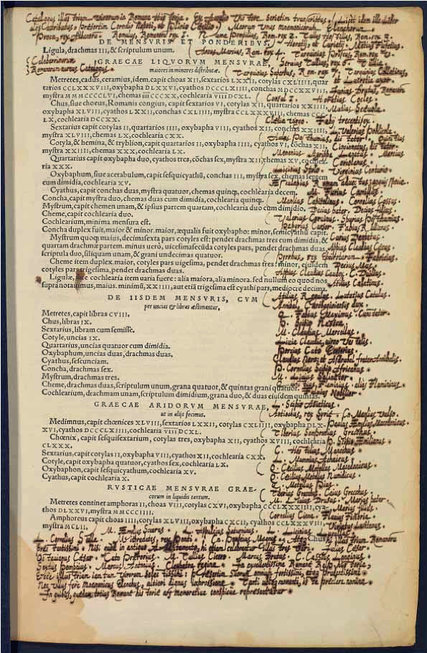 “The Archaeology of Reading” will result in searchable transcriptions of the annotators’ outrage, gossip, cross-references to other books and uncensored colloquial reactions. Harvey’s annotations are particularly revealing; he longed, futilely, to overcome his humble origins as a rope maker’s son and become a prominent legal figure.

Lisa Jardine, a professor at University College London, said that in Harvey’s marginalia, “You watch him move up the social ladder, but then he can’t straddle the final hurdles.”

Volumes marked up with handwriting used to be described as “dirty books” among dealers, she added. But in the modern age of words mostly appearing online, marginal notes can actually increase value. “Now they’re gold dust,” she said.