The planned library will cost $190M to complete, which should happen by 2018. It will be comprised of 210,000 square-feet of space and utilize a robotic text-retrieval system. Basically, students order the book and robotic arms poke through the stacks to deliver it.

A green roof and cafe space are also in the plans for the new library. The old Paley Library will be will be retooled as a welcome center, with a cafe, classrooms, and gathering spaces.

Is the College Model Ripe for Disruption?

With the rising costs of mounting student debt, education innovators are exploring ways to change the traditional college system. What might college 2.0 look like? WSJ's Jason Bellini has #TheShortAnswer.

Wesleyan U. Librarian Fired for Disagreeing

Patricia A. Tully, a 10-year veteran with the university, served as the Caleb T. Winchester university librarian from March 2010 until her firing last month. The news was first reported by the campus blog Wesleying.

In a Sept. 2 email to the faculty listserv, Tully said she was fired because of her ongoing disagreements with Ruth S. Weissman, provost and vice president for academic affairs, “about how to lead people effectively in an organization.” The letter was later posted online. “Both of us tried, at various times, to resolve these differences, but our efforts seemed always to be at cross-purposes,” Tully wrote.

Speaking to Inside Higher Ed, Tully said it was an “accumulation” of problems, and not a particular incident, that led to her firing. She declined to elaborate, saying she would be happy to have that conversation with Weissman.

Submitted by Anonymous Patron (not verified) on August 19, 2014 - 10:05pm
Topic:
Libraries
Librarians
Academic Libraries
Hello, I just had an online piece published by Ethos: A Digital Review of Arts, Humanities, and Public Ethics (run out of the University of North Carolina at Chapel-Hill. I thought, perhaps, that it might be of interest to a larger librarian readership. Here is the link if you are interested: http://www.ethosreview.org/intellectual-spaces/librarianship-philosophical-investigation/ Thank you, Kevin Klipfel

http://boingboing.net/2014/08/12/uc-riversides-world-class-sc.html
Science fiction author Nalo Hopkinson, a professor at UC Riverside, sounds the alarm about a change in management at the Eaton Science Fiction Collection, the largest public science fiction and fantasy in the world.

The new library administration has alienated long-term staff (according to Hopkinson, it shades over into actual abuse), triggering waves of resignations, and is planning to drastically reduce the collection size.

Many of the messages presented in respectable scientific publications are, in fact, based on various forms of rumors. Some of these rumors appear so frequently, and in such complex, colorful, and entertaining ways that we can think of them as academic urban legends. The explanation for this phenomenon is usually that authors have lazily, sloppily, or fraudulently employed sources, and peer reviewers and editors have not discovered these weaknesses in the manuscripts during evaluation. To illustrate this phenomenon, I draw upon a remarkable case in which a decimal point error appears to have misled millions into believing that spinach is a good nutritional source of iron. Through this example, I demonstrate how an academic urban legend can be conceived and born, and can continue to grow and reproduce within academia and beyond.
http://sss.sagepub.com/content/44/4/638.long 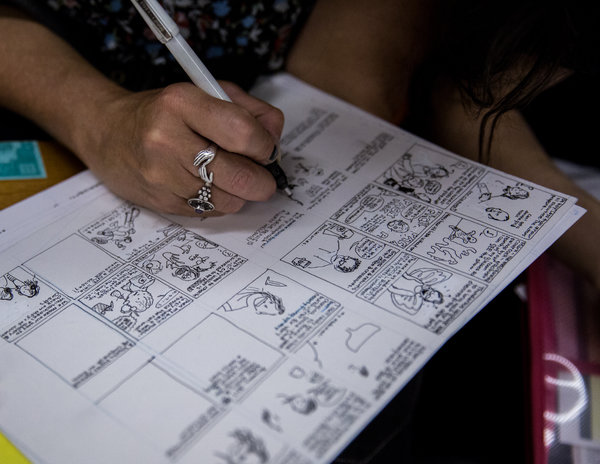 Sweet Surprise Within a Cambridge U. Library Book

A sweet surprise was waiting for Cambridge students during the exam period – hidden within the pages of a library book. During a stock check of the Newnham College Library, a student discovered a secret stash of chocolate concealed within the pages of The Oxford Companion to English Literature by Margaret Drabble, herself a Newnham alumna. The mysterious treat-giver had hollowed out the pages of the book and stowed a Crunchie and a Dairy Milk bar within.

Scrawled inside the pages is a message encouraging the lucky finder to enjoy the contents.

The note reads: “Dear student, congratulations on finding this book.
“Take your prize and return with one for the next person.”
The tome is not a Newnham College library book, and it believed to have been spirited in for the express purpose of concealing the chocolate bars.

Jo Tynan, a spokeswoman for Newnham College, told the News: “We do regular stock checks at the library and a student stock taker came across this book last week. “It didn’t have any issue numbers on it so she opened it and the inside had been completely hollowed out.”

Indeed, Academia.edu, PLOS, and Arxiv.org are doing something remarkable: They’re mounting a full-frontal assault on a multi-billion-dollar industry and replacing it with something that makes much, much less money.

They’re far more efficient and fairer, and they vastly increase the openness and availability of research information. I believe this will be nothing but good for the human race in the long run. But I’m sure the executives of Elsevier, Springer, and others are weeping into their lattes as they watch this industry evaporate.

Maybe they can get together with newspaper executives to commiserate.

This spring, universities across the United States have fielded requests from students for “trigger warnings” to accompany certain books, films, lectures and works of art that they deem troubling. And more recently, several colleges have found themselves dealing with protests from students outraged by their institutions’ choice of graduation speaker, and thus recipients of honorary degrees.

Are conservative and liberal orthodoxy stifling thought on college campuses?

A member of the Goshen College staff has resigned in part because of the college’s policy against hiring people in GLBTQ (gay, lesbian, bisexual, transgender, or queer/questioning) relationships.

Tabi Berkey, who worked in the college’s library, resigned Monday, May 19, and posted an open letter on Facebook explaining her decision.

Within two hours, the post had garnered more than 100 likes and had been shared 40 times.

The missing piece to changing the university culture

http://www.nature.com/nbt/journal/v31/n10/full/nbt.2706.html
Changing the culture of a university requires shifting goals, values and attitudes at all levels of the institution. BALSA is redefining the role students and postdocs play in effecting change at WUSTL, empowering them to shape their research training as they envision and providing them with another avenue to express their passion for research.

Another Library Moves Books Into Storage - Save Our Stacks

This is, then, one way in which books are far from obsolete: They are the best intellectual chaperones money can buy, both the creators and the preservers of the contemplative space that every university needs if it’s not to turn fully into a strip mall with frats. Yes, it is expensive to house a robust, accessible collection of what will soon be a forgotten format. But it would be more expensive to come up with an adequate replacement that still had the same irreplaceable effect on students—so expensive and involved, in fact, that it wouldn’t be worth doing at all. Not when the boosters could pay good money to use that space on game day, for a 95-foot TV.

The 16 Coolest College Libraries In The Country

Many of these buildings are iconic structures on their campuses, and have housed generations of studying students. Others were built more recently, and show how technology can shape the future of education.

So much for privacy, at Florida Atlantic University anyway.

After struggling for nearly a week to decide the appropriate punishment for the man who worked at the Jaffe Center for Book Arts at FAU’s library, Palm Beach County Circuit Judge David Crow on Thursday sentenced Thompson to 364 days in the county jail.

As about 10 friends and family members looked on, silently weeping, Thompson was immediately slapped in handcuffs and taken to jail. He mouthed words of support to his backers as he struggled to hold back tears.

The Syracuse University Libraries, in partnership with the School of Information Studies and the Office of Multicultural Affairs, will host its first Human Library on Wednesday, April 9, from 3-6 p.m. in Bird Library. In the Human Library, the books you sign out are real people from the SU campus community representing a variety of cultural backgrounds, areas of expertise and life experiences. The event is intended to encourage diversity and challenge stereotypes and prejudices.

To summarize, we do not live in isolation. We all find ourselves impoverished—always indirectly and sometimes directly—when information fails to reach those in need. Our commitment to sharing is fundamental, as is our commitment to promoting and demanding models that make such sharing possible.

We thus assert the following: Contracts without provisions for transmitting material beyond our home institutions undermine our commitments to each other and artificially circumscribe the larger scholarly ecosystem. They constrain the research of students and faculty at our home institutions, who will soon find themselves unable to obtain essential material from institutions failing to secure such provisions. Looking out for ourselves means looking out for others.

http://blogs.library.duke.edu/scholcomm/2014/03/27/attacking-academic-values/
"This last point is why I have moved, in the past few days, from laughing at the bumbling way NPG seems to be fighting its battle against OA policies to a sense of real outrage. This effort to punish faculty who have voted for an internal and perfectly legal open access policy is nothing less than an attack on one of the core principles of academic freedom, faculty governance. NPG thinks it has the right to tell faculties what policies are good for them and which are not, and to punish those who disagree."

Colleges Need Free Speech More Than Trademarks
http://chronicle.com/article/Colleges-Need-Free-Speech-More/144907/
Registrations and rights-claiming of this sort are unwarranted in higher education. Trademarks are meant to be vehicles for reducing consumer confusion, not rewards for brand-building. Because trademark registrations signify rights to commercial uses of words, rights holders and the public often mistakenly think they confer ownership of words themselves. This misperception tends to promote risk aversion and stifle otherwise fair expression. Determining when a mark is confusingly similar to another, or distinguishing impermissible commercial uses of a term from fair uses of it, is complicated.

A plan by the University of Pennsylvania to cut back on two of its branch libraries - one for engineering and the other for math, physics, and astronomy - has yielded an outcry from students and professors who say the books are critical to their studies and research.