Submitted by Blake on July 28, 2009 - 7:29am
Dominic Philip gets banned from his local library after a photo of him tooting a kazoo in a parade is spotted.
Topic:
Libraries
Humor

"Each time another book or movie comes out, the phone rings off the hook for about two months," Potter said. "It does get tiring. I'm seriously thinking of changing my listing in the phone book to 'H. Potter.'"

If you're into the humourous side of books, and the occult, and the dark one who dwells in the pit...

If you've never bothered to read the web comic Sinfest, you could do worse than to dig on its recent storyline of a bookish young lad who is training an evil, possessed book acquired directly from Satan's personal library. In today's episode, he teaches the book to speak... which may not be the best idea in the world.

It worked for Led Zeppelin and Tolkien....

The Metal Shakespeare Company of Portland, Oregon, have merged the works of the Bard with seemingly incompatible heavy metal and created a "marriage of true minds." While it may not be everyone's taste in music, Shakespeare's subjects and launguage mesh perfectly with the stylings of metal.

For your amusement, The Metal Shakespeare Company's reinterpretation of Hamlet, "2 Bleed or Not 2 Bleed."

More information about the band and a peek into their unique merchandise delivery methods can be found on their MySpace page.

Thanks to the Stranger.

ALA Attendees Doing Some Private Conferencing?

OK you naughty librarians...you've been found out.

Amanda Hess from the Washington City Paper has been following you on Twitter, and found that:

When the American Library Association’s annual conference kicked off in Chicago last Thursday, some attendees wanted the world to know that librarian get-togethers aren’t all about shushing and stacking: There’s a lot of f**ing, too.

The nearly week-long librarian meet-up, which began July 9, delivers “over 300 educational programs” to professional bibliophiles each year—including workshops like “Collection Development: Decision Making With Data” and “When Is Nice Too Nice? Strategies For Disengaging From the Talkative Patron.” Some attendees, however, haven’t been entirely satisfied with the ALA programming. So they launched a “secret” Twitter account for librarians to share more intriguing professional insights. A typical anonymous ALA tweet:

The real reason newspapers are dying

The actress known as Savanna Samson once relished preparing for a role. “I couldn’t wait to get my next script,” she said.

There’s no reason to look at them anymore, she said, because her movies now call almost exclusively for action. Specifically, sex.

You can read the full article here:Lights, Camera, Lots of Action. Forget the Script.

From my friends over at The Hollywood Reporter:

Universal has picked up "Lunch Lady," a children's graphic novel series written and illustrated by Jarrett Krosoczka, with Amy Poehler attached to star. Poehler will executive produce along with the Gotham Group's Ellen Goldsmith-Vein set to produce. Sarah Haskins and Emily Halpern are penning the adaptation.

The "Lady" series, the first of which will be unveiled at the end of July by Knopf Books for Young Readers, centers on a mild-mannered school cafeteria server who secretly dishes out helpings of justice as she and her assistant investigate wrongdoings. The books also feature three kids who try to figure out her double life. 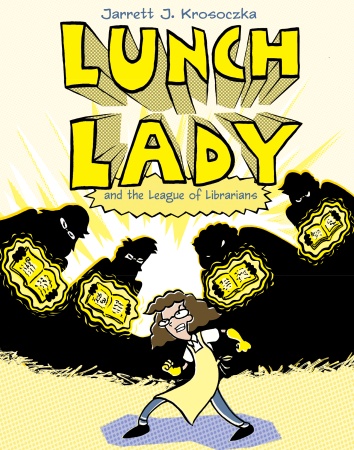 A Librarian and His Tweets

Submitted by Anonymous Patron (not verified) on June 12, 2009 - 3:31pm
Topic:
Quick Links
Humor
<A HREF="http://www.mcsweeneys.net/links/librarian/12twitter.html">Scott Douglas has a new post up at McSweeney's about Twitter</a> 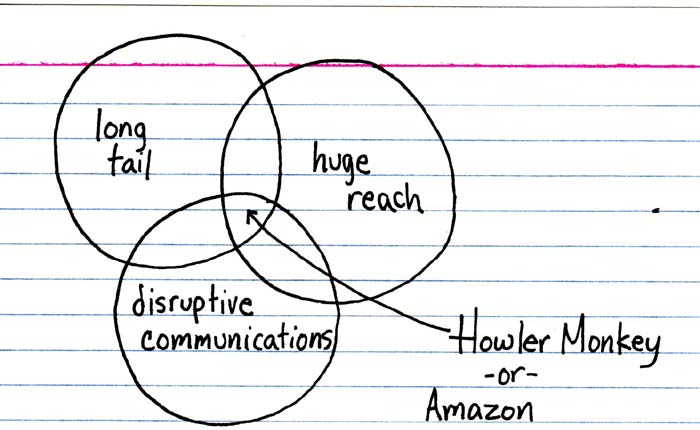 Jessica Hagy is a different kind of thinker. She has an astonishing talent for visualizing relationships, capturing in pictures what is difficult for most of us to express in words.

At indexed.blogspot.com, she posts charts, graphs, and Venn diagrams drawn on index cards that reveal in a simple and intuitive way the large and small truths of modern life.

Praised throughout the blogosphere as "brilliant," "incredibly creative," and "comic genius," Jessica turns her incisive, deadpan sense of humor on everything from office politics to relationships to religion.

With new material along with some of Jessica's greatest hits, this utterly unique book will thrill readers who demand humor that makes them both laugh and think.

Shelf Check: Kindness In The Library Is Like Sex...

Kate Sheehan wrote about how the intangibles can make or break our libraries. "As a service-oriented profession, kindness is one of our most powerful assets."
Today's Shelf Check takes a more realistic view... "Kindness is like sex. I can do a great job of it for two hours, and then I need a day and plenty of fluids to recuperate."

Check out all the past Shelf Check Comics at ToonDoo or Blogspot.

The Library of Congress is transferring its entire audio collection to 78 RPM platters ?

Though it may sound like a wonderful idea, Snopes Says The LOC ain't converting over to 78 any time soon.

Another interesting bit about how things last — the Library of Congress completed a study on the best medium for near-permanent archiving of their extensive audio collection. Their conclusion — 78 RPM platters. Unlike in my dad's day, the medium (platter) itself can be made to last nearly forever with today's technology, and the recording can be reproduced with a very simple mechanical device and no electricity. This came up because of concerns that rapidly changing technology (LPs, cassettes, 8-tracks, CDs, DVDs, flash-drives, DVRs, whatever's next) made it difficult to ensure that older archives could be retrieved. It was my understanding that they have already begun transferring audio recordings from various media to 78s.

Submitted by StephenK on May 18, 2009 - 3:54pm
Here is Molly Wood, an Executive Editor at CNET, screwing up reading a viewer's e-mail for her Mailbag program:
Taxonomy upgrade extras:
Cool Sites
Humor

The Consumerist posts a humourous picture of a shelving error at Barnes & Noble. Perhaps they might consider hiring a librarian, if for no other reason than we know the difference between fiction and non fiction.

See if you can spot the fail.

Motivate Yourself With Mark

Mark Twain had a lot of things to say about many of the things happening to us today, which is strange since he died almost a hundred years ago.

So when you take some of his observations and place them on a motivational poster, you have yourself comedy gold and something to hang around the office. For instance:

Social Media Snobbery (or, Twitter is a tool, but you don't have to be.)

If someone corrects me one more time when I say that I “twittered” something (“um, you mean you tweeted?”) I am going to scream. Really. Right at them. And is the term “social media” passé already? I unfollowed the person who tweeted that about thirty seconds after I read that tweet. See, the thing is, I really love Twitter. I follow smart people, who have interesting discussions all day. It’s wonderful. And for the people in my life who say that it’s sad that I have to find those kinds of relationships online, I say: “well why can’t you be more interesting then? Why do you make me go outside our friendship to find satisfying, intellectual conversation? YOU forced me into this!” Ahem. Sorry. Anyway, my point… Ah, yes: Twitter is just a medium. It’s just another method of communication, and in the same way it drives me bonkers when people say it breeds stupidity and hysteria (more so than any other medium? Really? Cable news anyone?...) it also drives me crazy when people act like it’s an exclusive club. So if I don’t get the terminology right, or I don't use the right hashtag, or if I say I just use the Twitter website instead of the Twitter app du jour (Tweetdeck, Tweetie, Seesmic, take your choice...) I’m persona non grata?

Everyone Poops: The Film Adaptation (trailer)

Inspired by the recently-released trailer for Spike Jonze's upcoming
film adaptation of Where the Wild Things Are, Landline TV has adapted another children's classic in this Jonze-spoofing trailer.