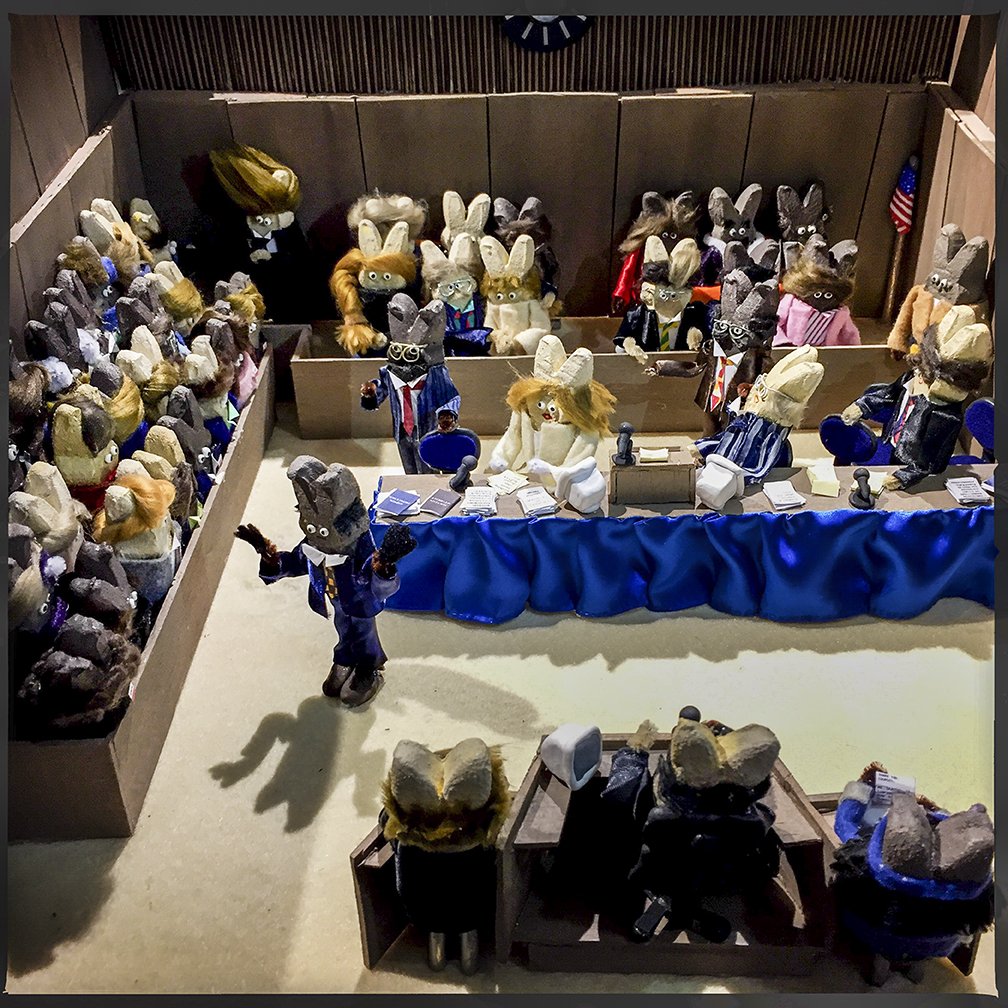 Not library related but fun

Surprising Lessons From 100 Days of Rejection

The letter on Aug. 23 by Bill Weller is a prime example of entitlement and why our taxes are so high. I’ve been saying for years that libraries should no longer be on the tax roles and under the burden of the taxpayer. I’m not saying libraries are not useful, because they are. I know there are many advocates for libraries, but it should no longer be the responsibility of the taxpayer to supply people with books, videos, computer cafes, and personal entertainment. Most schools have libraries, so your kids already have access to the books they need and we all know who pays for the schools.

Digital forensics: from the crime lab to the library

Archivists are borrowing and adapting techniques used in criminal investigations to access data and files created in now-obsolete systems.

The application generates a random library conference website based on the subdomain of the request URL. Underscores in the subdomain will be replaced with spaces.

But here’s the thing: Unless you’re stuck in some sort of weird literary torture chamber, nobody is ever going to inject you with library book juice. And modern scientists say that just curling up with a book is not enough to make you sick.

“I have never heard of anyone catching anything from a library book,” infectious disease specialist Michael Z. David told the Wall Street Journal. David says that viruses and bacteria can indeed live on the pages of library books, but that the risk of actual infection is very, very low.

From Just How Gross Are Library Books, Exactly? | Mental Floss

Submitted by Anonymous Patron (not verified) on December 4, 2015 - 9:51pm
Topic:
Humor
<blockquote>It may be unprofessional for a librarian to smile, but by the time I was done reading these comments, I had a big grin on my face. The lesson? You just can't let the hotheads and the crazies get you down. Instead, you have to laugh. The important thing is that I wasn't alone. My fellow librarians always have my back.

"Stealing is punishable by the law," the sign reads. "If you are caught stealing the bathroom tissue from dispenser, you will be barred permanently from all New York Public Libraries."

Eight purple passages are up for the prize every author dreads, the annual Literary Review Bad Sex in Fiction award. Can Erica Jong beat Morrissey to the sweetspot?

From Bad sex award 2015: the contenders in quotes | Books | The Guardian

Why Librarians Should Love Fallout 4

There's certainly no harm in including a library in an imagined dystopian future—if anything, it's a great reminder that overwhelming violence can destroy valuable culture and knowledge. And since post-apocalyptic gaming includes libraries, perhaps it shouldn't be surprising to learn libraries include post-apocalyptic video games too.

From Why Librarians Should Love Fallout 4 | Smart News | Smithsonian

Librarians! Who’s Ready For A Game Of Library Bingo?

Librarians! Who’s Ready For A Game Of Library Bingo?

From Roz Warren
Roz Warren, "the world's funniest librarian," writes for the New York Times and the Funny Times and she's been featured on the Today Show. (Twice!) Her latest humor book is OUR BODIES, OUR SHELVES: A COLLECTION OF LIBRARY HUMOR. http://ow.ly/LpFgE

From Librarians! Who’s Ready For A Game Of Library Bingo? | HumorOutcasts

Do Librarians Swear? F-yeah They Do

Do Librarians Swear? F-yeah They Do

The reference desk of a library is truly one of the most interesting of places. Through an October poll in Crossroads, we asked WebJunction members to share the most interesting patron questions they had received, and the response was amazing! While there are definitely many humorous submissions, we also know that every day, library staff answer patron questions that help them in so many ways. From completing homework to applications for college, to supporting job-seekers and those looking to better understand nutrition or a disease - libraries help people find the information that they need to live informed and productive lives. And some days, it's just really entertaining.

Wherein Christian confronts the specter of Melvil Dewey and generally makes an ass out of himself. Melvil Dewey's contribution to Library Science was profound while he as a person was a lecherous bigot. Watch Urban Librarians Unite founder Christian Zabriskie wrestle with Dewey's complex nature after having few drinks

The Kansas City Public Library engaged in a fun Twitter battle with the Toronto library, both used book spines as their ammunition. It caught the attention of people everywhere in the two countries.

From Kansas City, Toronto libraries hug it out as Twitter battle ends after Royals win ALCS | The Kansas City Star

Orange Public Library in association with Chapman University created a parody of the unstoppable single from Bruno Mars, Uptown Funk. The parody is called Unread Book and is presented by Pogona Creative. What do you think?

At the California Library Association’s annual conference, librarians have given fake talks on real issues in their world, including “Outreach and Embedded Librarians” and “Innovation in the Modern Library.” The trick is to make the speech flow with baffling accompanying slides, such as a photo of exercise guru Richard Simmons in glitter clothing, and a jacket cover for a (real) book titled “How to Raise Your I.Q. by Eating Gifted Children.”

Cosplay, Comics & Geek Culture in the World of Librarians

For all you comics geeks.