Federal Courts Making It More Expensive To Access Records, Even As They're Swimming In Cash

The Federal Court's PACER system is really quite misguided. It's the system that the federal courts use to distribute judicial records (court filings, rulings, etc.), but rather than making that info available to the public, it's basically locked up behind a paywall, and it costs people 8 cents per page to download documents. Well, it did cost 8 cents per page. They've just announced that they're jacking up the fees to 10 cents per page, and that can add up pretty quickly when accessing a lot of court documents or some rather long filings or rulings.

Google, lawyers get more time for digital library
Lawyers for authors, publishers and Google on Thursday bought themselves more time to reach a deal to create the world's largest digital library, telling a judge they were making progress in settlement talks but had agreed to proceed toward a trial of the 6-year-old copyright case on a slow track.

U.S. District Judge Denny Chin in Manhattan approved a pretrial schedule that calls for written submissions and depositions that extend into next summer, but he made it clear that he would prefer a settlement and offered to help the parties in their talks if it might help. He called the amount of time in the schedule "generous but acceptable." No trial date was set.

Lawsuit Seeks the Removal of a Digital Book Collection

Lawsuit Seeks the Removal of a Digital Book Collection
Three major authors’ groups and eight individual authors filed suit against a partnership of research libraries and five universities on Monday, arguing that their initiative to digitize millions of books constituted copyright infringement.

MI Court rules state can not meddle with library fees

British government agrees that copyright has gone too far

British government agrees that copyright has gone too far
The British government today pledged (PDF) to enact significant changes to copyright law, including orphan works reforms and the introduction of new copyright exceptions. And the tone of the comments was surprising: the government agrees that "copyright currently over-regulates to the detriment of the UK." CD (and perhaps DVD) ripping for personal use should become legal at last—and the government is even keen to see that the consumer rights granted by law can't simply be taken away by contract (such as a "EULA" sticker on a CD demanding that a disk not be ripped).

Librarian Tells It As She Sees It, is Fired, and Sues

Maybe you've blogged about a disturbing patron, or posted something on a tumblr account about the not-quite-with-it daily visitor to your library.

From M (Michigan) Live: Former library assistant Sally Stern-Hamilton (under the pen name Anne Miketa) wrote a fictionalized book about about her experiences in the library and was fired for it. Now she's suing. 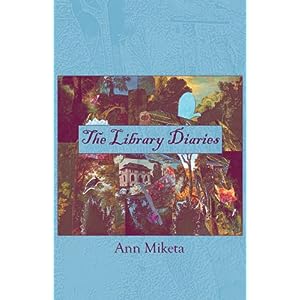 Stern-Hamilton’s literary work, entitled 'Library Diaries' — a disturbing look at life in the library — wound up on the shelves at Mason County District Library. It got her fired there as a library assistant.

Now the author has filed a federal lawsuit alleging that the library violated her free-speech rights by firing her.

“(Stern-Hamilton’s) First Amendment interests, combined with the interests of the public, outweigh the government’s interest in the efficient performance of the workplace,” her attorney, David Blanchard wrote. “(She) was explicitly fired for engaging in protected speech.”

Library director Robert Dickson declined to comment. Attorney Kathleen Klaus, representing the library, Dickson, and Marilyn Bannon, president of the library board, said she would respond to the complaint next month. The controversy created headlines three years ago when Stern-Hamilton was fired from her job of 14 years.

"After working at a public library in a small, rural Midwestern town (which I will refer to as Denialville, Michigan, throughout this book) for 15 years, I have encountered strains and variations of crazy I didn’t know existed in such significant portions of our population,” Stern-Hamilton wrote in the introduction.

Is closing a library comparable to child abuse? At least one Brit thinks so.

Campaigners are seeking a ruling that decisions to close six libraries in the London (UK) borough of Brent are legally flawed.

The Brent case is expected to be followed in the near future by similar challenges to library cuts proposed by Gloucestershire and Somerset county councils, and on the Isle of Wight.

Nick Cave, Depeche Mode, the Pet Shop Boys and Goldfrapp are among those who have contributed to campaign legal costs.

Playwright Alan Bennett launched a scathing attack when he spoke at a church benefit to raise legal funds to save Kensal Rise library, one of the six under threat in Brent. He compared the loss to ''child abuse''.

From the Telegraph UK.

Economic Contributions Of Industries relying On Fair Use

Industries that rely on fair use exceptions to U.S. copyright law have weathered the recent slow economy better than other businesses, according to a new study released by a tech trade group.
Economic Contributions Of Industries relying On Fair Use[PDF]

Unhappy meal: Data retention bill could lure sex predators into McDonalds, libraries
If this legislation passes with the wireless loophole intact, residential broadband providers will be forced to retain identifying records that can be used to link users' online activities to their authenticated identities. Mobile phone carriers will continue to retain data voluntarily, and public WiFi networks will remain one of the last places where people, whether angels or devils, can browse the Internet anonymously.

City library director Vicki Elkins never imagined that the hardcover book about Zephyrhills history she helped compile would end up controversial. It was supposed to be a gift to the community, preserving its history in 285 pages that took nearly a decade to compile. Then in April, more than two years after Zephyrhills From A to Z's release in December 2008, a resident sued the city not about its content, but about its price tag of $29.95, plus tax.

Back in April, former librarian Nancy Schrott claimed that Atkins and his staff violated the Government Code when they distributed 3,500 library cardholders’ e-mail addresses to a private public relations firm – AIM Consulting – hired by the library to drum up support for the library’s expansion project

Can Work Previously Held In The Public Domain Be Recopyrighted?

A legal battle that examines whether Congress has the right to recopyright works that were already placed into the public domain will take place during the Supreme Court's October session. The plantiff is Lawrence Golan a conductor at the University of Denver where the decision has been detrimental to his program as the increased cost of newly copyrighted works has placed a large selection of previously accessible material off limits. The law which was passed in 1994, gave foreign works the same legal protection that US works enjoy.

Why non-academics should be following the Georgia State U case

Why non-academics should be following the Georgia State U case
"But no institution can police use decisions on the part of all its participants at the level of responsibility this suit seeks to impose without creating policies that wipe out any contextual sensitivity or flexibility in what is supposed to be copyright's "breathing space". Additionally, because copies for classroom use are an archetypical fair use, if the publisher-plaintiffs prevail in this suit, it undermines fair use claims in all of the other areas explicitly listed in the statute (including "criticism, comment, news reporting, [...] scholarship, or research") - much less those not enumerated specifically as examples of fair uses. This obscure academic fair use lawsuit has the potential for broad impact on us all."
[Thanks Steven!]

What You Don't Know About Copyright, but Should

What You Don't Know About Copyright, but Should
A lawyer and a librarian, Ms. Sims is copyright-program librarian at the University of Minnesota Libraries. She's there to help people on campus and beyond—both users and owners of protected material—understand their rights.

"I'm not sure anybody has a very good knowledge" of copyright, she says.

Despite a flurry of last-minute briefs, as of today the most significant copyright trial since the Kinko's coursepack litigation, Cambridge University Press et al v. Patton et al, is still on track to begin on Monday, May 16. The case revolves around the practice known as electronic reserves at Georgia State University. And while initial reports have characterized publishers as facing a difficult road, a pre-trial memorandum filed by publishers' attorneys on April 29 outlines a case that could be stronger than previously thought.

Submitted by AndyW on April 30, 2011 - 10:44pm
Via The Record Searchlight: "The North State Tea Party Alliance and the American Civil Liberties Union of Northern California Friday filed separate lawsuits against the city of Redding and the City Council, each claiming the Municipal Library's new leafleting policy is unconstitutional and should be overturned. "We are working together, even though there are separate lawsuits, for the same end result," said Tim Pappas, the Shasta County assistant public defender who on his own time represents the North State Tea Party Alliance." Full story
Topic:
Legal Issues

Boston Herald reports: The former director of Revere’s public library has pleaded not guilty to embezzling more than $200,000 from the city (however, he did admit in this article to being a 'shopaholic') .

Robert Rice Jr. was released without bail at his arraignment Wednesday on charges of larceny, fraud and embezzlement, but was ordered to surrender his passport.

Authorities say the 45-year-old Rowley resident used city money to buy items, which he either kept for himself or resold online. The items he allegedly bought with city funds included a replica of a Thompson submachine gun and a camera which prosecutors say he described on purchase orders as books.

The alleged thefts took place between 2005 and his resignation in January 2009.

What standards vendors use to measure the underlying quality of their product?

On editing & updating standards
"What is important about these excerpts (and in my opinion, I don’t believe these systems or approaches to be unique to West) is that they get to an underlying issue not being asked of lawyers and legal researchers generally, that is, what do you, the consumer, consider to be a quality update to a legal treatise? It’s rare to find lawyers talking about such things, and law librarians had a perfect opportunity to do so at the recent AALL Vendor Colloquium, but instead limited their focus to pricing and subscription models, vendor communications, digital v. print, etc. Honestly, what difference does all of that make if you don't know what standards vendors use to measure the underlying quality of the product?"