The vote comes after President Trump in May doubled down on his call to eliminate IMLS and virtually all federal funding for libraries, as well as a host of other vital agencies, including the National Endowments for the Arts and the Humanities.

ALA president Jim Neal called the subcommittee vote “one important step in the lengthy congressional appropriations process,” but a development that nevertheless shows that “elected officials are listening to us and recognize libraries’ importance in the communities they represent.”

Good Luck to This Guy

Submitted by birdie on March 18, 2017 - 9:00am
California State Librarian, Greg Lucas, seeks money for CA libraries in a visit to Congress.

It’s going to be a tough fight: The president’s budget today proposed deep cuts into public libraries’ existing budgets, and it would eliminate perhaps a third of the state library’s budget.

In California, more than half the population — about 22 million — have library cards.

Congress is closely divided and partisanship is deeply entrenched, but a sound library system is not a partisan issue, argues Lucas. Story from Capitol Weekly.

When you think of Charles and David Koch and their dreams of remaking America into a libertarian paradise, you generally associate them with campaigns to elect rightwing candidates.

And now they’re going after public libraries, because if people want access to books and videos and computers and children’s story hours and public meeting spaces, they should damn well pay for them themselves, not leech taxpayer dollars for the “good” of the “community.”

Submitted by Blake on April 22, 2016 - 8:10am
From WHAS, the artist formerly and forever to be known as Prince was a fan of libraries. May he RIP.
Topic:
Money Issues
News

“It’s taken off, and people are just starting to see the many opportunities that it brings us,” Julene Brown says. “It’s just kind of ironic to see these state agencies that are trying to figure out how to deliver services with the budget cuts that they’re face. This video conferencing is one way they’re able to do that.” Back in Haines, Miles Curtis says with the world becoming increasingly paperless, access to the web is no longer just a privilege. “It’s gotten to a point where I would consider it a right,” he says. “Everything is going in the direction where it would be difficult to function, and have access to the information that everyone should be entitled to.”

Canadian municipalities are asking the federal government to find ways to bring down e-book prices for their public libraries, a move led by an Ottawa councillor.

Senate Bill 466 – permits a library to report to a collection agency or, under some circumstances, a law enforcement agency, information about delinquent accounts of any individual who borrows or uses the library’s documents, materials, resources, or services.  Authored by Senator Sheila Harsdorf (R – River Falls) and Representative Nancy VanderMeer (R – Tomah), the bill passed the Senate on a voice vote and was concurred by the Assembly on a voice vote.  It is Act 169.

The beneficiaries include a manager at the Brazos Bookstore in Houston with a passion for works in translation and a community school in Pittsfield, Massachusetts, dedicated to reaching as many readers as possible.

They are part of James Patterson's $2 million holiday gift program, with grants and bonuses ranging from $1,000 to $10,000 to schools and libraries and independent bookstores and coordinated with the Scholastic Reading Club and the trade group the American Booksellers Association. Patterson announced Tuesday that 340 libraries and 87 independent bookstore employees had received money.

Internet Archive! How You Can Put Knowledge into the Hands of Millions

Today is #GivingTuesday, the one day you are encouraged to give to your favorite charities. This GivingTuesday, I hope the Internet Archive will be at the top of your list. By giving a small amount, you can put knowledge in the hands of millions of people, for years and years.

A council which spent £188million on a state-of-the-art new library has been criticised by readers and authors after it ran out of money and asked the public to donate books.
Libraries in Birmingham have posted notices requesting members donate their new and recently-released books, saying they would be “gratefully received”

With that said: should a library director be paid $7.25/hr? No, of course not. But in this part of Kentucky, believe it or not, that is a decent salary. Not because it is objectively an amount of money that someone deserves for doing their job, but only because the area around it has been forgotten. This part of the world has been given up on by the former industries that sustained it, by the clay and the tobacco and the lumber that were the only reasons money ever flowed into the economy of the area in the first place.

On Monday, the city’s finance committee approved a $200,000 temporary boost to the library’s collections budget, but not before questioning its practices.

“The whole idea of late charges wasn’t to make money or revenue. It was to ensure the material is fairly distributed. But then you become dependent on it,” said Buss, who told councillors there are opportunities to make money via 3D printing.

Reuters reports:
Everyone thought he was practically penniless, but he managed to save up $8 million dollars and bequeathed it in his will.

Perhaps the only clue that Ronald Read, a Vermont gas station attendant and janitor who died last year at age 92, had been quietly amassing an $8 million fortune was his habit of reading the Wall Street Journal, his friends and family say.

It was not until last week that the residents of Brattleboro would discover Read's little secret. That's when the local library and hospital received the bulk of his estate, built up over the years with savvy stock picks."Investing and cutting wood, he was good at both of them," his lawyer Laurie Rowell said on Wednesday, noting that he read the Journal every day. Most of those who knew Read, described as a frugal and extremely private person, were aware that he could handle an axe. But next to no one knew how well he was handling his financial portfolio.

How to Make Libraries More Exciting

THE central branch of the Free Library of Philadelphia is an impressive building—its neoclassical facade looming over most of a block. But inside, though chandeliers still hang from the ceilings and the floors are of polished marble, there is a feeling of neglect. A musty taste hangs in the air; many of the books are rather battered. “The building opened in 1927 and we’ve really not touched it since then,” says Siobhan Reardon, the library’s president and director. “And you can tell.” 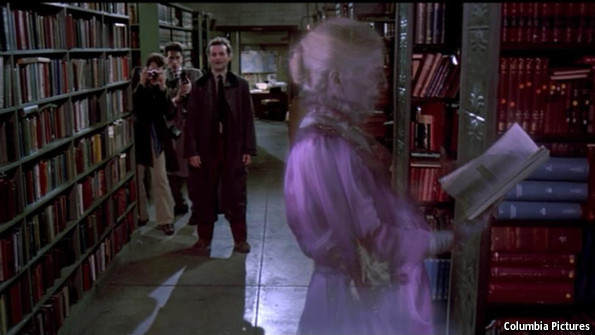 That, happily, is now changing. On September 11th Philadelphia announced it had secured a $25m grant from the William Penn foundation to update its old libraries. Yet libraries in general are struggling. Americans tell pollsters they love them, but fewer use them. In June the Institute of Museum and Library Services (IMLS), a federal agency, published data showing that library visitor numbers have declined in recent years. Polling published on September 10th by the Pew Research Center, a think tank, revealed that more people say they are going to the library less than going more, with a sharp gap among the young.

More from The Economist.

The oldest public library in the United States, Darby Free Library outside Philadelphia, is in danger of closing. The library was founded in southeast Pennsylvania in 1743.

FCC Chairman Wheeler’s draft proposal—which no one but other commissioners have been able to read in detail—will not single-handedly boost global competitiveness nor will it kill E-rate as we know (and value) it. It is, however, an important first step in connecting all learners to the high-capacity broadband critical for digital opportunity. Wi-Fi doesn’t work without adequate broadband to support it, and there is more work to be done to further improve and strengthen the E-rate program for more productive years ahead. But to further delay action will shortchange our nation’s public libraries and the communities they serve.

ABC Local: Kickstarter has been used to fund everything from new gadgets to space missions -- but in Berkeley, CA a group of kids just successfully used it to fund a library. A can-do attitude is at the core of the REALM Charter School's curriculum. Now in its third year, the school has classrooms full of technology and teachers full of energy, but no library. The eighth grade class is about to change that. "I really want the future students to love it because we worked really, really hard on this," student Agustina McEwen said. Call it a legacy, when they graduate, they're leaving behind a gift. They're calling it "x-space." "It's a space made out of x's and we use these x's to make

everything in here" Agustina said.

From the bookshelves, to the tables and chairs, it all started in their design class taught by a local group called Project H. "It's sort of humbling and awe inspiring to watch a 13-year-old build something that came from their head, that they prototyped on their desk, and now is full scale," Project H founder Emily Pilloton said.

This is a tragedy.

From The Miami Herald: Squeezed by tax cuts, Florida’s largest library system can’t buy nearly the number of children’s books it used to.

Countywide, Miami-Dade libraries budgeted about $90,000 for children’s books this year, a fraction of the $1.3 million the system spent in 2005 and about 60 percent below the $210,000 budget in place just three years ago.

The Generousity of a New Yorker Who Loved to Read

Simply because she loved to read, Lotte Fields bequeathed $6 million to the New York Public Library after her death, the library announced on Wednesday.

Mrs. Fields, a New Yorker who died last summer at 89, inherited her wealth from her husband’s family, who were wool merchants.

“One of her great joys was spending the weekend reading with her husband,” said Irwin Cantor, Ms. Fields’s executor, in a statement. “Her donation shows just how much Lotte loved books and how important she felt it was to support her fellow book lovers.” Because Ms. Fields had been a modest – though regular – donor to the library in the past, Tony Marx, the library’s president, said the library was “astounded” by her bequest.

“But we are deeply honored to pick up her mantle and promote the joy of reading,” he added. At Ms. Fields’ request, the library will evenly divide the funds between its branch libraries and the Stephen A. Schwarzman Building on 42nd Street.