Something is Rotten at the Queens (NYC) Library

From From the New York Times: As federal and city officials continue their investigation into spending at the Queens Public Library, the library’s board of trustees has placed its embattled leader, Thomas W. Galante, on paid administrative leave.

At a special meeting on Thursday, the board, besides voting to place Mr. Galante on leave, also moved to give Scott M. Stringer, the city comptroller, full access to the library’s financial records, including its entire $127 million annual budget.

Mr. Stringer has been pressing to allow his auditors to review not just the 85 percent of the library’s budget that comes from city coffers, but also the balance of the money that is provided by federal grants and private donations.

“There was no excuse for the library’s earlier decision not to cooperate with the audit,” Melinda R. Katz, the Queens borough president who has been pushing for months to overhaul the library’s operations, said in a statement issued on Friday.

The oldest public library in the United States, Darby Free Library outside Philadelphia, is in danger of closing. The library was founded in southeast Pennsylvania in 1743.

Update on the Ferguson, MO Library

From the Teen Librarian Toolbox, a description of how the Ferguson, MO Public Library is serving the populace of this troubled town. 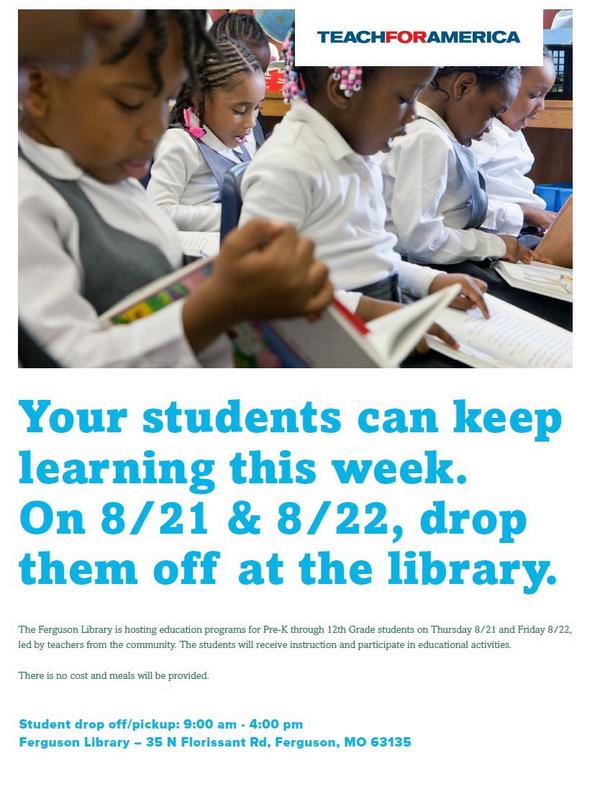 If you would like to donate to Ferguson Library, their address is:
35 N Florissant Rd,
Ferguson, MO 63135.

From Nooga.com, a chat with chief teen librarian Justin Hoenke about changes made at the library to benefit teens and tweens. Earlier this week, Hoenke announced that he had accepted a promotion as coordinator of teen services at the library.

We spoke to him about the new position, living in Chattanooga and his plans for the future of teen services at the library and beyond.

Coordinator of teen services, eh? Using video game jargon, explain what this means in terms of "leveling up."

If my old title as teen librarian was level one, this would be level two, and I'd have increased abilities! Think of level one as me just being able to use basic magical abilities in a video game, like the ability to jump super-high. Now that I'm at level two, I can do awesome things with my magical abilities in this video game, like use magic to heal myself and maybe even use magic to cast fire and ice spells. You know, librarians are actually magicians.

What changes with the new position in terms of daily responsibility for you?

Now I'm more focused on teen services throughout the entire Chattanooga Public Library system at all of our locations (downtown, Northgate, Eastgate, South Chattanooga). In my old role, I was just working on all things on The 2nd Floor of the downtown library. This new position allows me to stretch out and help the other branches in our library system achieve greater things for teens in the community. Is it more work? Of course! But it's awesome work, and I'm so happy to be the person selected to do it.

Seed sharing is sprouting at the library

Amid growing concerns around the origins of seed stock and genetic modification, “seed libraries” are sprouting up all over the country — allowing neighbors to connect with one another and their local food systems by sharing the seeds from their own garden.
http://mountainx.com/living/farm-garden/seed-libraries-bring/

Even wired tribal libraries are lagging behind on tech

As much as some places in the United States have struggled to get good, affordable, accessible Internet connectivity, one type of spot on the map has struggled even more than most: tribal lands. Broadband deployment in the whole of the U.S. stands at about 65 percent, the Federal Communications Commission found a few years ago, but on tribal lands the official rate is just 10 percent, with "anecdotal evidence suggest[ing] that actual usage rates may be as low as 5 to 8 percent."
http://www.washingtonpost.com/blogs/the-switch/wp/2014/08/13/tribal-libraries-doing-okay-on-...

As E-Book Subscription Services Grow Their Catalogs, the Age-Old Institution Trumps All
http://online.wsj.com/articles/why-the-public-library-beats-amazonfor-now-1407863714
All of the big five publishers sell their e-book collections for loans, usually on the same day they're available for consumers to purchase. They haven't always been so friendly with libraries, and still charge them a lot for e-books. Some library e-books are only allowed a set number of loans before "expiring."

Publishers have come to see libraries not only as a source of income, but also as a marketing vehicle. Since the Internet has killed off so many bookstores, libraries have become de facto showrooms for discovering books.

The Challenges of Broadband in Rural Libraries

http://www.govtech.com/network/The-Challenges-of-Broadband-in-Rural-Libraries.html
Ninety-eight percent of libraries now provide free public access to Wi-Fi, up from 89 percent in 2012. But digital differences among states still exists -- as does an urban/rural divide, according to the new 2014 Digital Inclusion Survey released by the American Library Association (ALA).
http://www.ala.org/research/digitalinclusion

Joplin Library Director Jacque Gage says county libraries will be the hardest hit. Those are the ones that depend on the state funds to keep their doors open. She encourages everyone to contact the governor's office to get the funds restored.
http://www.ozarksfirst.com/story/d/story/state-funds-withheld-from-missouri-libraries/42757/...

Facing declining visitors and uncertainty about what to do about it, library administrators in the new town of Almere in the Netherlands did something extraordinary. They redesigned their libraries based on the changing needs and desires of library users and, in 2010, opened the Nieuwe Bibliotheek (New Library), a thriving community hub that looks more like a bookstore than a library.

Guided by patron surveys, administrators tossed out traditional methods of library organization, turning to retail design and merchandising for inspiration. They now group books by areas of interest, combining fiction and nonfiction; they display books face-out to catch the eye of browsers; and they train staff members in marketing and customer service techniques.

With out-facing books, the New Library looks more like a bookstore than a library. Oooh, nice!

Many public libraries have summer reading programs. Does yours? Please comment below to let us know how it's going/gone...

From My Eastern Shore Maryland:

STEVENSVILLE — Whoever said summer reading is a drag hasn't been to the Queen Anne's Public Library this summer. On July 31, parents and children gathered at the library in Stevensville for the Summer Reading Wrap-Up, an event to celebrate the end of the library's annual summer reading program. Children built structures with Legos, made art pieces on paper plates, watched science demonstrations, and talked about the books they've read this summer. 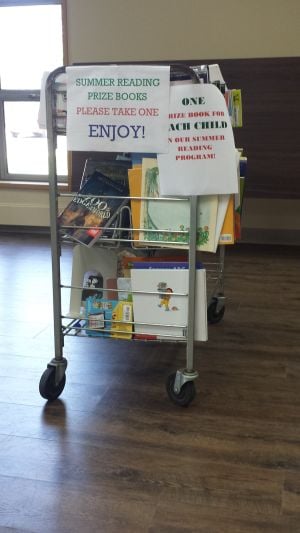 George Burchill, a 9-year-old from Stevensville, said that his favorite books this summer have been the “Ranger's Apprentice” series by John Flanagan. The soon-to-be fourth-grader has read 21 books so far over summer vacation, all several hundred pages long. Asked how he could read so much in that amount of time, he laughed, “Most of the day I read.”

How Much Will Elvis Presley's Library Card Bring This Time?

Elvis Presley’s earliest known signature – on a library card he signed as a 13-year-old student in Tupelo, Miss. – is one of the main draws in an auction of Elvis memorabilia to be held at Graceland, the singer’s palatial headquarters, in Memphis on Aug. 14.

A Love Letter to Public Libraries

Close The Libraries And Buy Everyone An Amazon Kindle Unlimited Subscription

"I’ll use the numbers from my native UK here simply because I have a better grasp of them. As a country we spend some £1 billion a year (currently around $1.7 billion) on supporting the library system. There’s some 60 million citizens meaning that we can, from that sum, afford to pay perhaps £20 (as with most numbers I use, there’s a lot of rounding here, the numbers are not meant to be accurate, just informative as to magnitude and so on) for each subscription. That’s a lot less than Amazon is currently demanding but I would bet a very large sum of money that an adequate bulk discount could be arranged for such a slug of customers."

Where is it illegal to chew gum and/or be in a gay relationship? Singapore of course.

Story from NPR's The Two-Way Blog , interpret the name of the blog as you see fit.

The two books are And Tango Makes Three, inspired by two real male penguins who hatched an egg together, and The White Swan Express, about four couples — one of which is a lesbian couple — who travel to China to adopt baby girls. The books will be pulped, according to Time Magazine.

Ads Prompt Libraries To Put Newspaper Out Of Sight

A suburban Detroit library system will keep copies of a free weekly newspaper behind the counter following complaints that it carries sexually explicit advertisements. The Grosse Pointe Library Board voted 7-0 on Thursday to stack the Metro Times out of sight, the Detroit Free Press reported. Some complained that the advertisements promoted human trafficking.

Los Angeles Public Library is Having a #LiteraryWorldCup, How About Your Library?

The competition is heating up for the Literary World Cup at the LA Public Library on twitter @LAPublicLibrary. 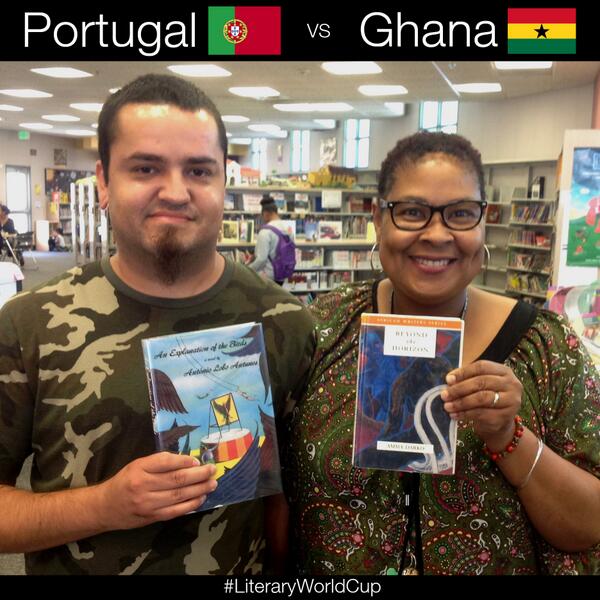 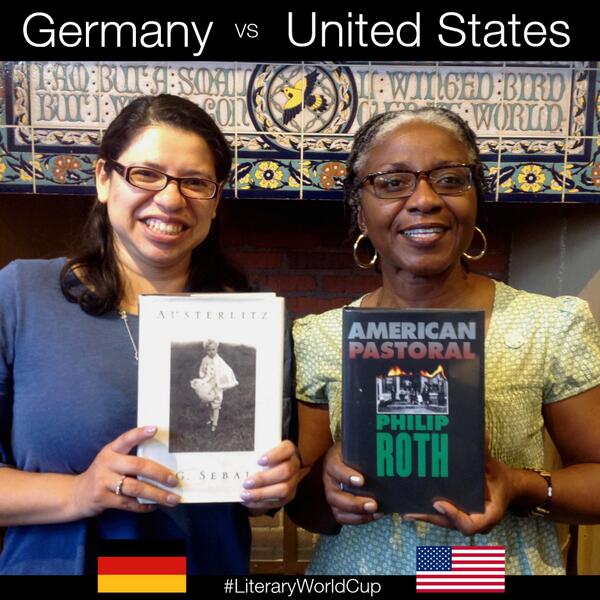 From the DC Public Library to the Obama Administration

Thornton has worked at the DC Public Library since 1978. He is a Member of Project ACTION!, a coalition of adults with disabilities. He is also a Member of the D.C. Developmental Disabilities Council, an actor with the theatre group Players Unlimited, and an international ambassador with the Special Olympics. Thornton and his wife Donna were the subjects of Profoundly Normal, a made-for-TV movie. In 1997, The Washingtonian magazine named Thornton a “Washingtonian of the Year.” The PCPID is comprised of 34 members, including 19 citizen members and thirteen ex officio (Federal Government) members. Citizen members of the PCPID are appointed to serve for a maximum of two years.

“In this tough economy many libraries are working with a lot less financial support but are holding their own,” said Valerie Osborne, a consultant for the Northeastern Maine Library District who works from the Bangor Public Library. “The budget season isn’t over yet, so I suspect we will hear of more cuts in the next six weeks,” she added.

In a striking about-face, the New York Public Library has abandoned its plan to turn part of its research flagship on 42d Street into a circulating library and instead will renovate the Mid-Manhattan library on Fifth Avenue, several library trustees said.

“When the facts change, the only right thing to do as a public-serving institution is to take a look with fresh eyes and see if there is a way to improve the plans and to stay on budget,” Tony Marx, the library’s president, said Wednesday in an interview.

The renovation, formerly known as the Central Library Plan, would have required eliminating the book stacks under the building’s main reading room and was to have been paid for with $150 million from New York City and the proceeds from the sale of the Mid-Manhattan, at 40th Street, and the Science, Industry and Business Library in the former B. Altman building, on Fifth Avenue at 34th Street.