Steven Spielberg and Warner Bros are set for a reunion.

The director will take on the studio's "Ready Player One," the highly anticipated project based on the popular sci-fi book by Ernest Cline that takes place in a virtual world, Deadline reports.

This is the first time in 14 years Spielberg has worked with Warner Bros. The last project he worked on with the studio was 2001's "A.I. Artificial Intelligence."

The first historical dictionary devoted to science fiction, Brave New Words:The Oxford Dictionary of Science Fiction shows exactly how science-fictional words and their associated concepts have developed over time, with full citations and bibliographic information. It's a window on a whole genre of literature through the words invented and passed along by the genre's most talented writers. In addition, it shows how many words we consider everyday vocabulary-words like "spacesuit," "blast off," and "robot"-had their roots in imaginative literature, and not in hard science.

Of Ice and Men

New Year’s Eve, 2012: With the world’s easy oil supplies tapped out, the energy giant Royal Dutch Shell has made an urgent, $6 billion bet on finding new reserves in one of Earth’s wildest environments—the frigid Arctic Ocean off Alaska. But the hunt for extreme oil pushes the world's biggest company past its limits, and disaster strikes. An oil rig, the Kulluk, breaks loose on the high seas and begins drifting toward the rocks of remote Kodiak Island. As a winter storm builds, Coast Guard helicopters race to rescue its crew, and a local sailor fights to keep the rig off the rocks.

WWII By The Books: The Pocket-Size Editions That Kept Soldiers Reading http://t.co/jd2Wly5Gqh

Sake began with a grain of rice. Scotch emerged from barley, tequila from agave, rum from sugarcane, bourbon from corn. Thirsty yet? In The Drunken Botanist, Amy Stewart explores the dizzying array of herbs, flowers, trees, fruits, and fungi that humans have, through ingenuity, inspiration, and sheer desperation, contrived to transform into alcohol over the centuries.

Information Doesn't Want to Be Free: Laws for the Internet Age

Information Doesn't Want to Be Free: Laws for the Internet Age

Railroad Empire across the Heartland

One family’s quest to give Chinese orphans a happy home

After reaching their fifties and raising their own children, Jenny and Richard Bowen adopted 2-year-old Maya from China after learning of poor orphanage conditions for abandoned girls. Sixteen years later, the Bowens have two adopted daughters from the same region and have started a non-profit called Half the Sky to transform orphan care with the cooperation of the Chinese government.

Mark Twain founded the American voice. His works are a living national treasury: taught, quoted, and reprinted more than those of any writer except Shakespeare. His awestruck contemporaries saw him as the representative figure of his times, and his influence has deeply flavoured the 20th and 21st centuries. Yet somehow, beneath the vast flowing river of literature that he left behind — books, sketches, speeches, not to mention the thousands of letters to his friends and his remarkable entries in private journals — the man who became Mark Twain, Samuel Langhorne Clemens, has receded from view.

It is hard to imagine a life that encompassed more of its times. Sam Clemens left his frontier boyhood in Missouri for a life on the Mississippi during the golden age of steamboats. He skirted the western theater of the Civil War before taking off for an uproariously drunken newspaper career in the Nevada of the Wild West. As his fame as a humorist and lecturer spread, witnessing the extremes of wealth and poverty of New York City and the Gilded Age (which he named). He travelled to Europe on the first American pleasure cruise and revitalized the prim genre of travel writing. He wooed and won his lifelong devoted wife, yet quietly pined for the girl who was his first crush and whom he would re-encounter many decades later. He invented and invested in get-rich-quick schemes. He became the toast of Europe and a celebrity who toured the globe. His comments on everything he saw, many published here for the first time, are priceless.

Amazon says it would be content with 30% of revenue if Hachette e-books were $9.99

Amazon says it would be content with 30% of revenue if Hachette e-books were $9.99
http://www.teleread.com/ebooks/amazon-would-be-content-with-30-margin-if-hachette-e-books-we...

Could Brooklyn hipsters help save the middle class?

The Writing's On the Wall

The pioneering young scientist whose work on the structure of small worlds has triggered an avalanche of interest in networks. 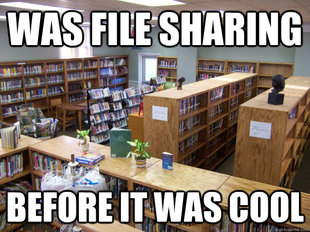